How it is born

As many great things, it all started quite randomly. Once upon a time, when the World went into lockdown, Pedro, Marco and Alessandro were having an online meeting to discuss options for the future.

At that time we were all doing a lot of training in real life, embracing Mob/Ensamble programming as the principal tool of our mentoring sessions. We agreed to start an experiment and record ourselves doing mob programming in order to publish the videos on a youtube channel.

After discarding the idea of implementing a whole learning management system, given the amount of work involved, we opted instead for something a little bit less pretentious. Moving the training completely remote was the new challenge, so we agreed to build a completely web based app for Mob/Ensamble programming we could use in our coaching sessions. All available tools we found couldn't work in synch over the web, so we couldn't share it in a remote session. Furthermore Marco grew tired of using old fashioned paper to annotate the previous roles and needed something to help with Driver and Navigator roles switching and breaks reminding.

It sounded an achievable task, big enough to have some intersting discussions for the videos but not too big, so we could actually deliver it in a fashionable time. At that time Pedro was practicing heavily some Jazz with his new trumpet, so the name came out naturally: "the domain MobJam.dev is free, I buy it!". 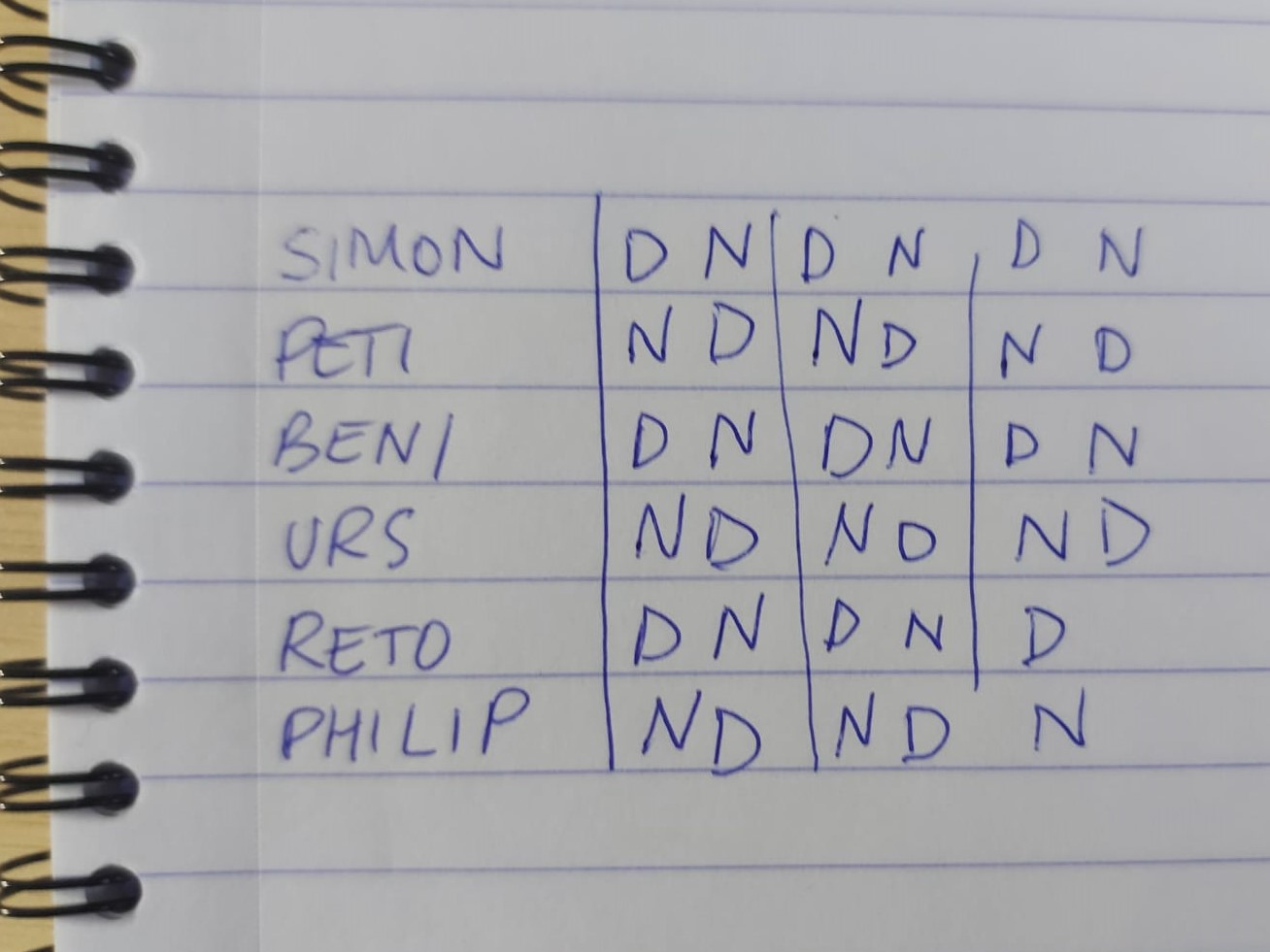 Eat your own dog food

In the beginning we wanted to do something interesting for the audience, so we decided to implement it in vue.js with a TDD approach, recording also a few episodes which you can see in our youtube channel.

The idea was quite good for the show, because it was generating a lot of interesting discussions. The problem was that we increasingly felt the need to use the tool, because of the growing amount of remote sessions we were running. When the buzz for the youtube channel fade away, we decided to make a pragmatic move and re-think the technical stack, moving the project in a territory we knew we could deliver at faster pace.

That's how we came out with the first usable version developed in C# and vanilla javascript a few weeks after. We have been using it in all our sessions ever since, iterating and improving it until we now feel quite happy about.

As far as we thought it might be of help also to other fellows mob/ensamble programming aficionados like us... so here we go! 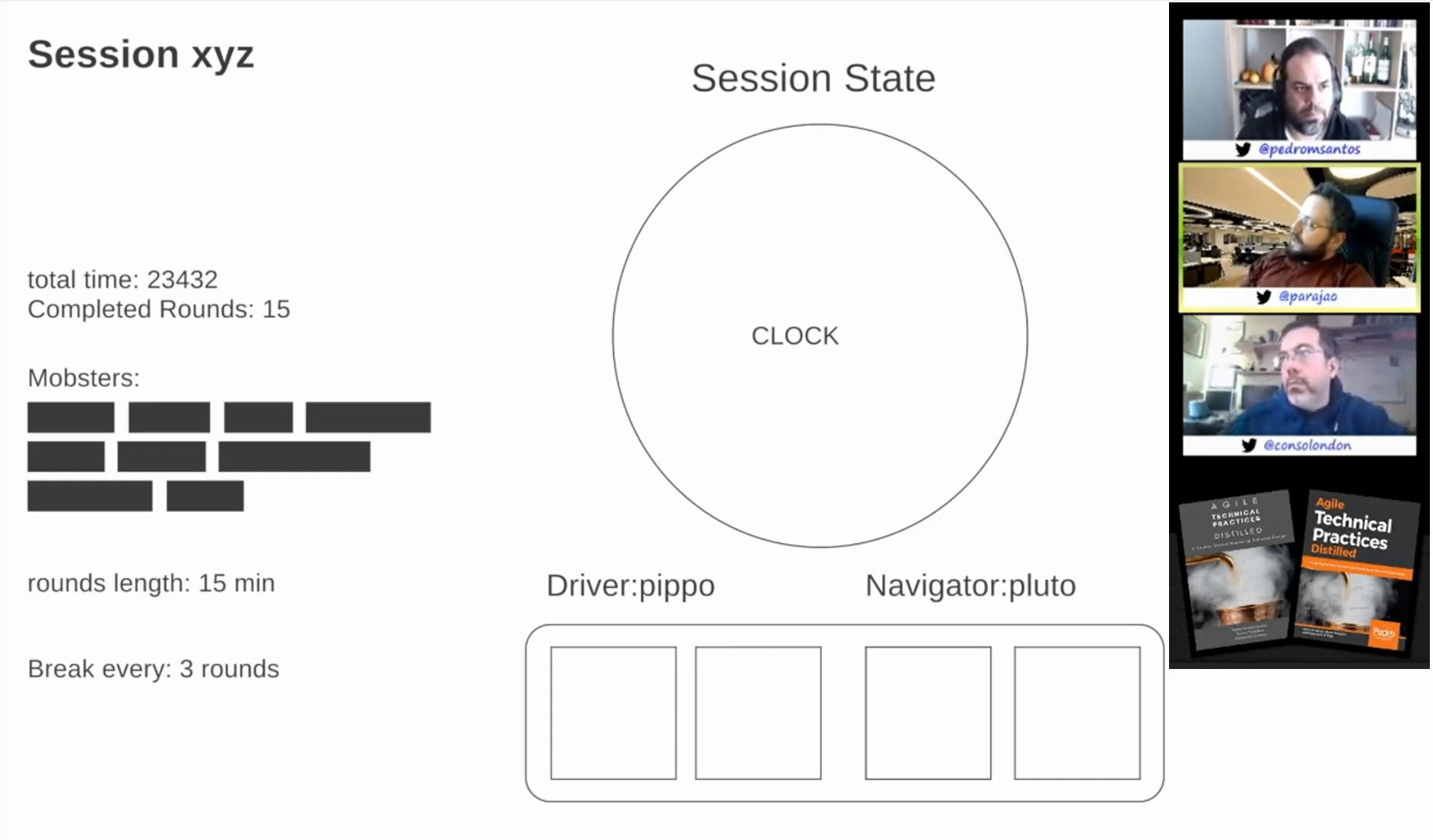 In perfect alignement with Alcor Academy's spirit of sharing, we are proud to offer this tool FREE for everyone to use (until we can afford it)!!!

We chosed to integrate with our partner Github for authentication, necessary to control the sessions, but the mob can see the timer in read-only without needing to sign in!

Every feedback is welcome (please send it via mail to mobjam@alcor.academy), as well as social media posts about MobJam (don't forget to tag us @pedromsantos, @consolondon and @parajao). 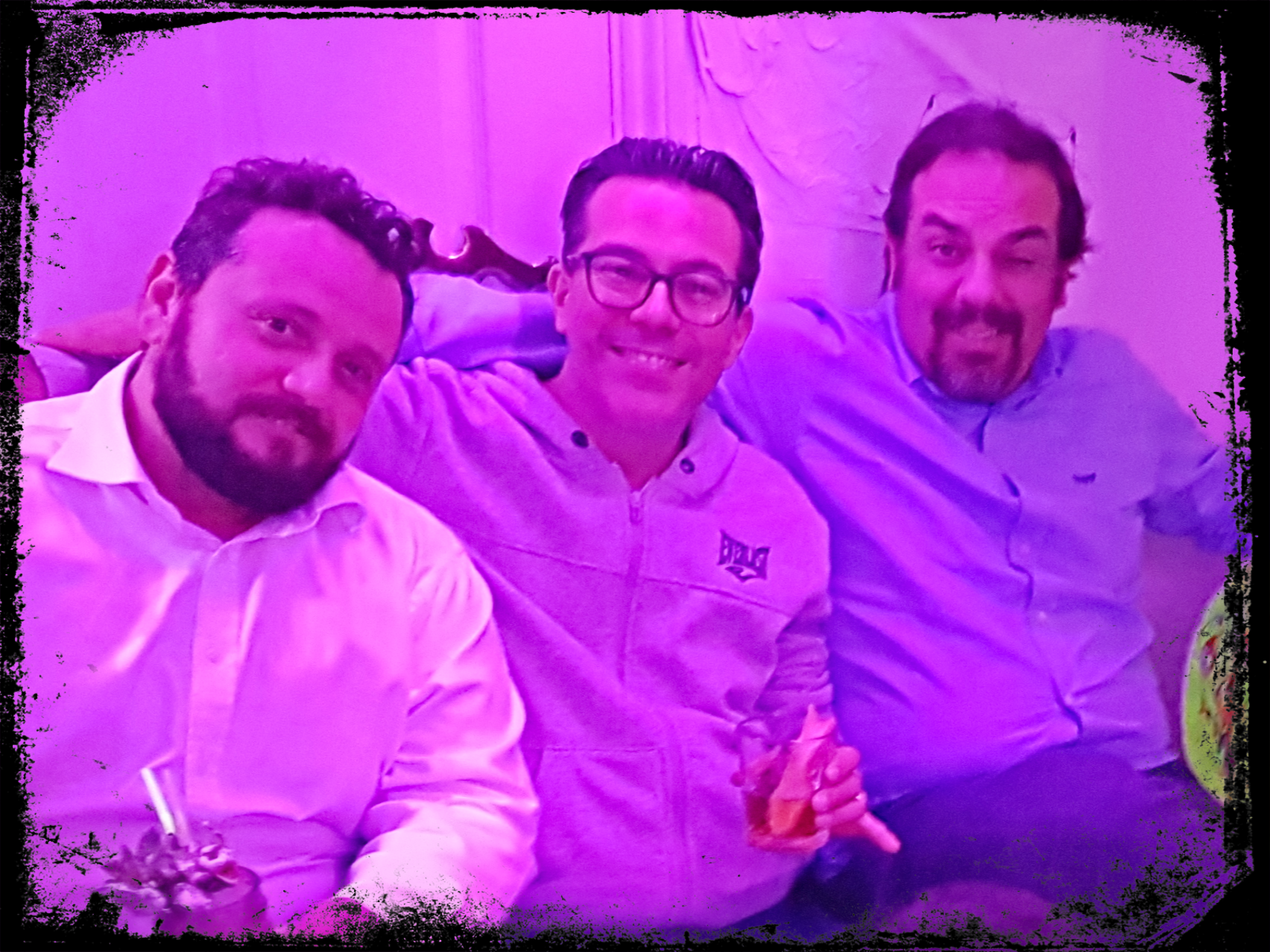